Something that happened but you have no proof

Something that happened but you have no proof

What is something that you swear happened but you have no proof and nobody believes you?

You could be asking me about my life.

Sometimes I could swear I am invisible – and no one will believe I ever existed.

Okay, so joking aside. Look I’ve reached an age where I no longer rely on other people to inform me of what to believe, or to care that much if they don’t believe or accept what I believe, or what I know to be true.

In the past I’ve been in company, or worked alongside people, where I considered it wise not to talk about my involvement with astrology for example, and I played my hand close to my chest.

Same with regards the paranormal experiences that I have had, and have no proof of – except one UFO sighting that was also witnessed and recorded by others, which acts as supportive proof.

We only believe what we have been taught to believe

I’d suggest, the bigger majority of us only believe what we have been taught to believe – and/or what keeps us inside our comfort zone bubble regarding what is or isn’t possible in our world.

I’m happy. The world, from my perspective, or because of my beliefs, is certainly a richer, more exciting, and spiritually a more rewarding place to exist in than without what I believe – I’ve also been on the other side, sceptical about anything “fringe.”

I certainly don’t have the hangup, that a lot of us have regarding death, so much so that we avoid looking at it (it’s taboo), or for making any preparation for it.

If we could only see life and death in the cycle that it is – oh what freedom. 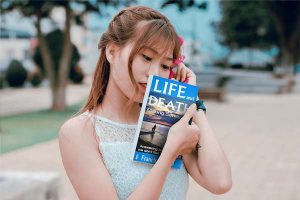 PS: If you want more of my commentary on what I believe, consider getting a copy of Life and Death: Making Sense of It – or read about the book here.

What is wrong with our society today?
Do you believe that stuff happens for a reason?
How is atheism a belief system?
An effective exercise to strengthen one’s imagination?

Categories: Astrology, Life, Miscellaneous, Paranormal, Scepticism, UFOs/Alien life
Tags: Life and Death Making Sense of It, Something that happened but you have no proof, We only believe what we have been taught to believe