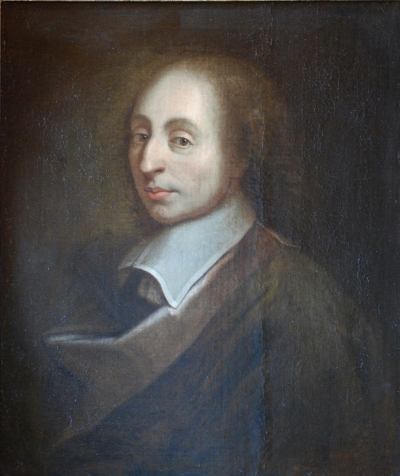 As my near-final attempt to let the matter rest I drew on the following logic – and only afterwards realised I was following a similar argument as Blaise Pascal and his Wager. Hence the title, for this item and a reason why I considered it might be of interest to others who are also wrestling with a similar concern.

It’s all a little tongue-in-cheek but also intended to make a valid point.

Picking up on the thread, I wrote

On the matter of death and the ‘finality’ of it that you seem to want to drive home, let me put a touch of logic to this as probably my final comment on the discussion. [ Shades of Pascal’s Wager ]

Although, from my perspective, there is plenty of evidence indicating survival of death – and I am not only convinced but endeavour to live with the implications of it – our most logical position is that we can really only ‘believe’ or ‘disbelieve’ in there being an afterlife.

Without ‘acceptable’ proof there is, at this time, no ‘certainty’ on the matter – and let us remind ourselves that that goes either way. [ Shades of Pascal’s Wager ]

I then went on to make the logical argument.

So for this bit of logic, I decided to make person A a ‘disbeliever’ in the afterlife, that I also see as the pessimist position, and person B a ‘believer,’ or the optimist position. Off this, the following points can be made:

We all go through death regardless of what we believe.

Person A believes death is the end of everything for them and that by deduction life ultimately has no ‘meaning’ other than what meaning they have given to it – which is not the same thing. On the other hand person B believes in something that is ongoing. Person B sees life as ‘meaningful’ and most probably ‘spiritual’ in essence.

One likely outcome of this scenario is that person B is in a position to be less fearful and less stressed over their eventual death than person A. Whereas person A can only view his/her life as finite (what’s left in physical years), B is less restricted and can choose to view their life as infinite.

4. The actuality of death

Regards the actuality of the event. If there is nothing on the other side of death then no matter as neither person A or B will be in a position to comment or care about it.

If there is an afterlife however, person B is likely to be better prepared to accept they have passed out of their physical body and now in new circumstances.

In this context, of there being an afterlife, person A is now in something they didn’t expect. It could be a nice surprise but given they carry their non-spiritual beliefs with them they will probably continue by being in denial that they have actually died, and in danger of becoming stuck in that limbo situation – not a nice place to be by all accounts.

All in the mind

Given this scenario, one then asks as to which position subscribes to the more hopeful or favourable belief about life and death. Which one indeed best supports our having a more joyful and happier life in the ‘here and now.’ Is it person A or person B?

To my mind this is a no-brainer…

This simple logic in itself does not provide much of a foundation on which to build one’s belief/s but it does provide a rationale that trumps the ‘everything explained and soul-less’ pessimist position. [ Shades of Pascal’s Wager ]

So, in writing to my friend, I added: It just leaves me to wish you well in what years you have left. :0)

Okay, so what’s your view on this? Leave a comment!

What near death experiences tell us
A New Science of Life – inspiring ideas Rupert Sheldrake
Has science proved life after death?