Prediction v Forecasting An astrologer asks: Is “prediction” no longer respectable, to be replaced by “forecasting?” – in Quora 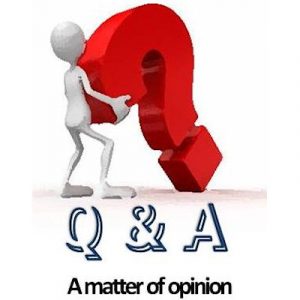 Great question. Funny you should ask it as recently I have also been thinking and writing about it.

First, to add some immediate clarity as to what this question is about. For general interest have a read of this quote (related to the topic in context with business) from the Harvard Business Review:

The role of the forecaster in the real world is quite different from that of the mythical seer. Prediction is concerned with future certainty; forecasting looks at how hidden currents in the present signal possible changes in direction for companies, societies, or the world at large. Thus, the primary goal of forecasting is to identify the full range of possibilities, not a limited set of illusory certainties.

I’d suggest the public perception of astrology is that it is all about “prediction.” And it stands or falls on that basis. It has become an expectation that that is all astrology offers. Hence its association with divination and pseudoscience – rather than the art-form it should be. Certainly its critics like to keep it in the “prediction” frame so that they can continue to take cheap shots at it, and appear to debunk it.

It is a simplistic understanding of astrology – along the same lines as the belief that we are all influenced by the planets and have no control over our destiny. Ye gods and little fishes don’t get me started on that as well.

So from my perspective “prediction” is at the heart of everything that is currently wrong with astrology. And when I say “astrology” I actually mean Western natal astrology – that’s where I live in my interest.

And that brings me onto another can of worms because as we know there is more than one way of using astrology – and ways where attempts at making a “prediction” is more appropriate. If I am starting a business and want to know, from an astrologer, when is the best time to start it, I’m looking for something pretty concrete and reliable. I won’t be wanting to hear the words “tendency” or “propensity” in the result – even if that is the best they can offer for the period I’ve given them.

To me when it comes to the astrology of human beings it’s a different kettle of fish entirely. Making predictions is plain wrong – it compromises the person’s will, their ability to make their own choices for their direction in life. It is not person-centred. I don’t want to hear from my astrologer that in November with Saturn squaring my Venus in my 8th house, and Pluto squaring my Sun, I should expect a close relationship to fall apart and to start looking at divorce proceedings.

I’m happy (if that’s the right word) to receive the forecast that coming up I’m likely to be going through a challenging time in my relationship/s. Examples of possible outcomes are also fine, I welcome them, but how I handle this episode is down to me. I won’t want to be carrying a subliminal affirmation in my head that my marriage is about to fall apart and I should prepare for setbacks – on that note the law of attraction can work both ways. It may transpire to be a medical setback in truth that draws my partner and I closer together in facing a difficult time.

Even if it did work out in the way that the astrologer expected; that they saw it coming a mile away. That in no way gives them the right to say it to me as their client – other than as a possibility. It is not (in this scenario) about the astrologer being right, or needing to be right. This is another expectation, I’d suggest, on both public and the astrologer, that has grown out of traditional astrology. I feel we need to move on from it.

So to answer your question: From my understanding, “prediction is (or should be) no longer respectable” in natal astrology at least. But then this position is not new. It’s surely at the heart of what brought the Church and science to condemn it – and as good as close it down in 17/18th centuries.

I’m with Alan Leo and those that followed him with seeking to modernise this art, and move it past the domain of the old gods, the old ways.

Thank goodness, I say, Uranus was discovered just at the right time.

Is modern astrology just another pseudoscience?

How much does luck decide our lives?

Is astrology actually more about…