Editor note: The following information, on What NDEs tell us, was put together by Robert Mays who moderated a symposium on near-death experience that was held at the Open Center in New York City, Saturday, November 23rd 2013. The text was originally copied from the IANDS website. It is retained here for reason that it gives some very useful insight into NDEs and the three guest speakers on the subject – including their own close-call experiences.

In 2008, Eben Alexander (a Neurosurgeon) came down with acute bacterial meningitis and was in deep coma for 6 days, with little chance for survival.

Although his brain was severely compromised, he had a profound, ultra-real experience of an exquisite, heavenly realm. High above him shimmering angelic beings arced across the sky in glorious song, raising him higher and higher. He entered an immense void.

In the presence of God, he received profound transcendent knowledge.

The doctors told Eben’s wife that if he survived, he would almost certainly have severe brain damage. Nevertheless, he had a miraculously rapid and complete recovery, with a profoundly different view of life.

Eben Alexander had what we call a near-death experience.

A near-death experience, or NDE, is a profound psychological event that may occur to a person who is close to death or who is in a situation of physical or emotional crisis.

Because an NDE frequently includes transcendental or mystical elements, it is a powerful event of consciousness that has profound, long-lasting effects on the person. The estimates are that between 4 and 5 percent of the general population have had an NDE. In the U.S., that comes to about 15 million people. While NDEs are fairly common, only about 20% of people who come close to death experience one. 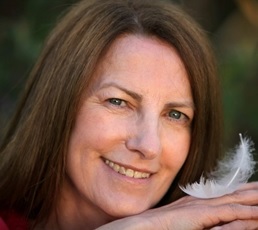 Lorna Byrne suffered a miscarriage in the third month of pregnancy.

She felt her soul lift out of her body. She was carrying her baby’s soul and going to a beautiful light.

Her physical pain was gone and she was travelling through an enormous tunnel formed by circles of glowing white angels. Lorna was met by a brilliant white angel who told her in a gentle, compassionate voice that she had to return.

Looking back down the tunnel, she saw her husband shaking her lifeless body and pleading with her to come back. She kissed and hugged her baby and reluctantly put him in the angel’s arms. When Lorna re-entered her body, she experienced horrific pain.

During an NDE, near-death experiencers frequently sense their consciousness separating from the physical body; they feel no pain.

The NDEr may hover near the ceiling and observe the efforts to revive them. They may pass through a tunnel to a heavenly realm and meet a spiritual being or deceased relatives. They may have a life review.

The NDEr may be given a choice or told to come back to their body. On re-entering the body, their physical pain returns but they have been profoundly changed. They no longer fear death. Even with a brief NDE, with only a few of these elements, their outlook on life is completely changed. 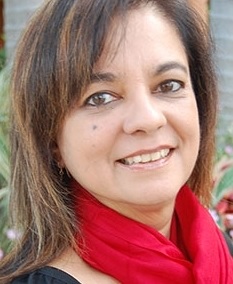 In 2006, Anita Moorjani had end-stage lymphoma and was admitted to the hospital.

She was in a coma, near death, yet she experienced an expansion of her consciousness where she became aware of everything and everyone around her. She felt surrounded by unconditional love, filling her with ecstasy.

Anita met her deceased father who counseled her that it was not her time to die, but that she could choose not to return to her disease-ridden body.

Because of her insight into her true nature as a spiritual being, Anita realised that if she did choose to return, she would be healed rapidly and completely. She decided to return and her cancer was miraculously healed within a few weeks.

Anita was able to recite verbatim conversations among her family members and doctors, even those that occurred outside her room and in waiting areas, and to describe accurately procedures that she underwent and who performed them, all while she was in coma.

In many cases after an NDE, the NDEr has a very rapid recovery from illness or traumatic injury.

Also, many times, the NDEr can accurately report seeing and hearing things that they could not have seen or heard by ordinary means. These so-called “veridical perceptions” are a strong indication that the NDEr’s consciousness has somehow in fact separated from the physical body.

The accounts of NDEs are remarkably similar over a wide range of physiological and pathological conditions that trigger the experience. NDEs can occur from acute trauma or illness, an allergic reaction, a severe depression or simply the perception that one is in danger of dying.

Yet each of these experiences has many of the common elements—a feeling of peace, a sense of separation from the physical body, traveling through a tunnel or dark space, being in a heavenly realm, meeting deceased relatives or spiritual beings, seeing a loving being of immense light, having a life review, visiting a place where all knowledge exists, having a choice or being told one needs to go back, and then returning to the physical body.

Not hallucinations or illusions

NDEs are not hallucinations.

People looking back on hallucinations typically recognise them as unreal, as fantasies, whereas people typically describe their NDEs as ultra-real, more vivid and real than waking consciousness.

Hallucinations tend to be illogical, fleeting, bizarre or distorted, whereas the vast majority of NDEs are logical, orderly and comprehensible. People tend to forget their hallucinations, whereas most NDEs remain vivid for decades. NDEs often lead to profound and permanent transformations in personality, attitudes, beliefs and values, something that is never seen following hallucinations.

Furthermore, people who have experienced both, hallucinations and an NDE, describe them as being quite different.

What NDEs tell us is that the similarities among all NDEs, regardless of the conditions that triggered them, imply there is a commonality among all of the cases that is not tied to specific physical or physiological conditions.

Moreover, the common element appears to be the state of the NDEr’s consciousness: vivid, ultra-real perceptions, lucid thought processes, freedom from pain and the limitations of the body, and the sense of separation from the physical body with veridical perceptions of the NDEr’s surroundings from a vantage point outside the body.

All of this strongly suggests that the NDEr’s consciousness in fact separates from the physical body and operates independent of it during the NDE. And that implies that a person’s consciousness is an objective, autonomous entity in the world.

The conventional scientific theory is that consciousness is produced by the brain’s electrical activity, but an equally valid interpretation—one which also explains NDE phenomena more fully—is that the person’s “mind” or “soul” or “spirit” interfaces with the brain to produce consciousness. This interpretation opens up a completely new way of viewing the nature of reality—that we are indeed, as Teilhard de Chardin put it, “spiritual beings having a human experience”.