Has science proved the afterlife?

Has science proved the afterlife? 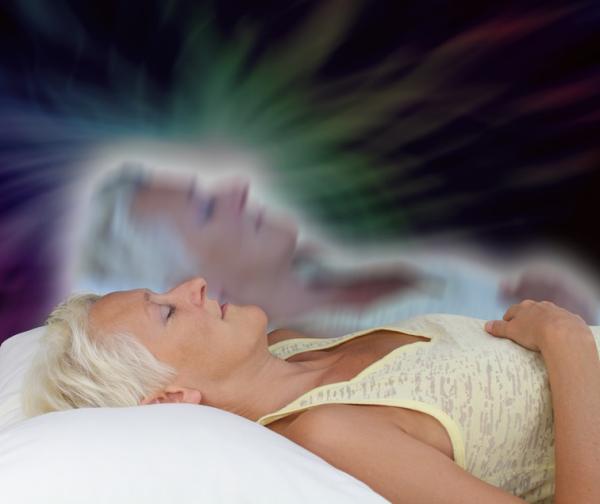 Has science proved the afterlife, or what did the huge AWARE Study into NDE discover?

Could there be life after death? I was talking to a group very recently who, although are very interested in ‘things that go bump in the night’ and reading about near-death experience, had never heard of the AWARE Study, and how the long awaited report of its findings was out – from back in October 2014, in the Resuscitation journal. [ Has science proved the afterlife ]

That got me thinking as to how many equally interested people might also be in the dark regarding this important research, and might need to read about it.

AWARE Study up there with expectations

For anyone with serious interest in NDEs, OBEs (out of body experiences), life and death, this study has had to have been ‘up there’ in offering answers to some of our most profound questions, and with it intrigue, anticipation and expectation.

For me it was hoped this research could prove, without a shadow of a doubt, that when the brain and body stops functioning it is not the end, rather we continue on – it would provide a scientifically verified glimpse into what is awaiting us at death. [ Has science proved the afterlife ]

There would be evidence that the stages of NDE as flagged up by Dr Raymond Moody (of the book, Life After Life), and other’s work and research, would be in abundance, not necessarily all of them but they would be there.

Well, how can I put this…

Well, how can I put this… it has turned out to be, yes, a huge piece of valid research but also a bit of a damp squib that frankly leaves us not that much the wiser either way at this point.

Let me counter that a bit by saying that it has provided evidence for something going on that, from a brain-centric mechanistic viewpoint of death, is unexpected – shouldn’t be happening. But before making further comment let me backtrack and give an overview of this research – with the bones of the results too.

The AWARE (AWAreness during Resuscitation) is literally the world’s largest NDE study so far published. It’ll be a tough one to beat in terms of time given over to it, and also the breadth of coverage in its sampling.[ Has science proved the afterlife ]

It began in the mists of antiquity, back in 2008 (actually the pilot began the year before) and it ran to the end of 2012. It was led by Dr Sam Parnia (Assistant Professor of Critical Care Medicine and Director of Resuscitation Research at the State University of New York at Stony Brook, USA – to give his full title) initially out of the University of Southampton, UK.

Study involved 2060 patients – and a huge number of shelves

The study has involved 2060 patients across 15 hospitals in the UK, USA and Austria. It essentially looked for evidence of awareness in patients during cardiac arrest (CA) and resuscitation.

To assess ‘the accuracy of claims of visual awareness during CA each hospital installed between 50 and 100 shelves in areas where CA resuscitation was deemed likely to occur… Each shelf contained one image only visible from above the shelf.’1 The images were different on each shelf.

In case you don’t already know it is often reported by people who have had a NDE that they found themselves out of their body, up on the ceiling looking down on the surgeons working to save them. Some have reported they can see and hear what is going on. So imagine if they could also report an image (or two) that they couldn’t otherwise have known about, other than by being up there for a time to observe it. [ Has science proved the afterlife ]

As it turned out this part of the experiment never featured as the two people that did have auditory or visual recall ‘suffered ventricular fibrillation in non-acute areas where shelves had not been placed.’1

The bigger part of the research involved trained researchers interviewing people who had survived – and who also met with certain criteria to be considered for interview. Interviews were set around three stages of increasing depth – with the final stage led by the ‘principal investigator.’

Let’s look at the bones of the results.

Among 2060 CA events recorded, 330 made it to hospital discharge. For various reasons given, of these, 140 survivors completed stage 1 of the interview process, with 101 people going on to complete stage 2 interviews – the other 39 that didn’t were suffering mainly from fatigue.

Forty-six of the 101 survivors had no recall or awareness of anything. A further 46 ‘described memories incompatible with a NDE.’ These involved, ‘7 major cognitive themes of fear; animals/plants; bright light; violence/persecution; deja-vu; family; recalling events post-CA.’

Nine people of the 101 had a NDE, while two of these, ‘described awareness with explicit recall of “seeing” and “hearing” actual events related to their resuscitation.’ One of these two ‘had a verifiable period of conscious awareness [up to 3 minutes] during which time cerebral function was not expected.’1

What is remarkable here is that 55, of the 101 survivors who went to Stage 2 interviews, responded positively to the question, ‘Do you remember anything from the time during your unconsciousness.’1 In context this represents 39% of all survivors who were interviewed. This is a good outcome for considering there is a lot more to be done in this exploration of what is happening at brain death. [ Has science proved the afterlife ]

But the ‘biggie’ hoped for never really materialised from this research. Only 9 people2 had experiences comparable to a NDE and, as commented, of these only two experienced seeing and hearing actual events related to their resuscitation. I’d say however it only takes one to throw a spanner in the works of ‘nothing can be going on’ when dead is dead – there shouldn’t be any sign of conscious life if dependent entirely upon the brain functioning.

And so can those 55 people be wrong in claiming they can remember something of what was happening to them while unconscious?

Dr Parnia considers this number could be a lot higher but for people being affected by the trauma, or via post-resuscitation cerebral inflammation or by the medication applied.3

On a less traumatic level, it occurs to me that I can rarely recall my dreams from day to day but that I probably dream 4 or 5 times a night if REM (rapid eye movement) is to be accepted as evidence that one is dreaming. It is possible we simply do not remember (or remember immediately or without being triggered in some way) in our waking state, even though the event or experience did happen.

Off the top of my head…

It also occurs to me that some other measurements might need to be included in such expensive trials, than relying solely on a person’s memory after such a CA ordeal.

Also would it be possible to employ some form of electrography near and at the point of death? Okay I’m only brain-storming the matter…!

Finally here’s an example of a survivor recollection that came out of the study. It is listed under Category 4 recollections. You’ll find a couple more in the study itself:

I have come back from the other side of life. . .God sent (me) back, it was not (my) time —(I) had many things to do. . .(I travelled) through a tunnel toward a very strong light, which didn’t dazzle or hurt (my) eyes. . .there were other people in the tunnel whom (I) did not recognize. When (I) emerged (I) described a very beautiful crystal city. . . there was a river that ran through the middle of the city (with) the most crystal clear waters.

There were many people, without faces, who were washing in the waters. . .the people were very beautiful. . . there was the most beautiful singing. . .(and I was) moved to tears. (My) next recollection was looking up at a doctor doing chest compressions.

So, as to the answer to my question – ‘Has science proved life after death?’

Well it has to be a ‘no’ at this point, doesn’t it, but not a resounding ‘no’, more ‘the jury is still out’ and ‘we need more convincing evidence either way’ type of ‘no.’ My money is on an eventual ‘yes’ however, with other research supporting this.

Get more information on this study

For more information and recollections read the press release by University of Southampton. You’ll also find a link in there to the Resuscitation journal ‘Article in Press’ publication itself – in pdf format.

1. Parnia, S. et al (2014) AWARE – AWAreness during Resuscitation – A prospective study. Resuscitation journal
2. This represents 9% of stage 2 interviews and corresponds with other research findings, that is around 10% of people experience a NDE under CA.
3. ‘It is intriguing to consider whether patients may have greater conscious activity during CA (and whether this and fearful experiences may impact the occurrence of PTSD) than is evident through explicit recall, perhaps due to the impact of post-resuscitation global cerebral inflammation and/or sedatives on memory consolidation and recall. However, the results of this and other studies (outlined above) raise the possibility that additional assessments may be needed to complement currently used clinical tests of consciousness and awareness.’ Parnia, S et al.