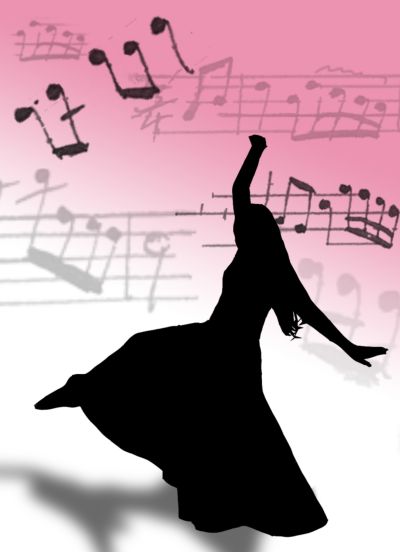 This is an NDE story reprinted in part here, from IANDS (International Association for Near Death Studies). Not all NDEs involve the range of common elements we associate with near death experience and this is one.

About one year ago, I had an epileptic seizure. I didn’t know that a person could stop breathing during a seizure. I had back-to-back seizures, and they were dangerous, although I didn’t know why…

Unlike every other seizure I had ever had, I have a memory of when my circuits crossed. I remember looking down and slipping into [a] mercury-colored silver, needle thin tube that I followed for the smallest fraction of a second. I felt like my consciousness slipped away at the speed of light. I also heard a horrible sound that sounded like a microphone plugging into an amplifier that experiences feedback. I can only assume this was the beginning of the seizure.

The inky black other place

However, the next thing I experienced did not seem to come in a sequential order. I didn’t recall having the previous experience and then being in this ‘other’ place. I only remembered the sound and the mercury tube afterwards. I was just ‘in’ this state of being; I knew I was me, but not me as a human with a body.

I experienced stages. During the first stage, I was in total black, but the black was constructed of millions and millions of pixels of color. The inky black was made of color. I have a very hard time explaining it, vocabulary doesn’t exist for some of the things I experienced. I felt as if there was a cool, misty wind on my body, but I didn’t have a body. It was extremely pleasurable and there was a loud, pounding sound that reminded me of rock and roll music and it felt so good.

Not understanding at all what was happening, I thought ‘this is Marc’s idea of heaven’, (Marc is a good friend). That was when I had the first clue that I was not on Earth anymore. When the utter strangeness sank in, I thought, “I think I’m dying”. I was kind of shocked, but understood that there was no fighting it. I knew I was dying and I knew death was permanent. At this point, it was very peaceful and pleasant. I remember thinking, ‘This isn’t so bad’.

Without transition, I was next in the most beautiful, loving, place for which I don’t have the words to express the beauty. The clarity was so unreal that it was really sinking in that I was dying. There was just no way I was on Earth; Earth is just not like this. The most beautiful cello was playing. I felt I was seeing where music originates. I was enraptured.

Some excellent books dealing with NDE:

At this point, I knew I was dying, but was so astounded and amazed at what I saw, I felt no worry. I knew exactly what was happening. A male voice over my left shoulder said to me, ‘You made this, this is your reward, enjoy it’. While I marveled and drank in the haunting, beautiful music, the same voice behind me whispered, ‘You are dead’. I felt the tiniest rift, like a small wave, ripple through my pleasure, through my body that did not exist. I think that was when I accepted I had died. I briefly saw my dog and I wanted to reach for him. The man behind me, without words, indicated that I could not. I remember thinking, ‘that’s right, that was years ago’. My understanding was that I had been there a long time (but time did not exist). The thing is, my dog is alive and well and sitting next to me as I write this.

Returning from where nothing or anyone had ever existed

Doctors speculate that at this point perhaps my seizure stopped because there was a radical change in my experience. Where I had been, matter (molecular matter) had not existed. Nothing or anyone had ever existed. I had never known anyone, no one had ever existed, I was alone but not bothered at all. I never knew that matter had existed. But, suddenly, I felt a correlation between pushing beneath my rib cage, on a body that did not exist, and, the appearance of matter.

Somehow, I realized the harder I pushed, the longer the matter existed. I had no idea why I was doing this, what it meant, what would happen, etc., I just had this insatiable need to push. The matter I saw slowly took the shape of a room, but it was not the room I was in.

The doctors tell me that I was trying to kick start my diaphragm to start breathing again. This makes perfect sense to me. My diaphragm was sore for weeks after. When I “woke”, I knew exactly what had happened. I was so happy to be back on Earth. I was so grateful for a second chance. I fell to my knees and cried and thanked God. The same intensity of feeling I had while I was dying lingered momentarily when I first woke. The intensity of my gratitude has no magnitude that I can relate to someone not familiar with the intensity of the feelings during an NDE.

I often wonder why I had no life review, no tunnel, no light, and no dead relatives, not many of the common elements of an NDE. However…

Read more of this inspiring and interesting story, Dancing with Gratitude at IANDS.