The NDE of Paul Eicke

Do you believe in life after death? Here’s an inspiring near-death experience story to make you think. [ NDE of Paul Eicke ] 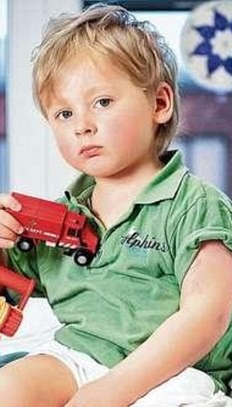 Paul fell into the pond at his grandparents’ house when the family were visiting. It is believed he was in the pond for several minutes before his grandfather saw him and pulled him out.

His father then gave him heart massage and mouth-to-mouth during the ten minutes it took for an ambulance helicopter to arrive. [ NDE of Paul Eicke ]

Paramedics then took over and Paul was taken on a ten-minute journey to the hospital. Doctors then tried to resuscitate him for hours. They had just about given up when, three hours and 18 minutes after he was brought in, Paul’s heart started beating again under its own steam.

Professor Lothar Schweigerer, director of the Helios Clinic, where Paul was taken, said he had never experienced anything like it. He added, ‘When children have been underwater for a few minutes they mostly don’t make it. This is a most extraordinary case.’

In The Daily Mail (UK) newspaper version of this story they quoted statistics from America that show the majority of children who survive drownings, that is 92 per cent, are discovered within two minutes following submersion, also that nearly all children who require cardiopulmonary resuscitation either die or are left with severe brain injury.

According to Professor Schweigerer, if the temperature had been higher, the team would have stopped trying to resuscitate after 40 minutes because the boy would definitely have been brain dead. Instead, they carried on with the chest compressions to stimulate Paul’s organs, which had shut down after he breathed in the cold water.

The Professor went on: ‘My doctors were close to saying “we can do no more” after two hours of thorax compression. This was because the chances of survival had gone and the little lad must have been brain dead.’ [ NDE of Paul Eicke ]

‘But then suddenly his heart started to beat again … it was a fantastic miracle.’ He continued, ‘I’ve been doing this job for 30 years and have never seen anything like this. It goes to show the human body is a very resilient organism and you should never give up.’

The NDE part of this story

If the boy’s survival was not profound enough in itself there was another part to this young person’s story that bears some similarity to the common stages in the near death experience.

While unconscious Paul claims he saw his great grandmother, Emmi, who turned him back from a gate, urging him to go back to his parents.

Paul said: ‘There was a lot of light and I was floating. I came to a gate and I saw Grandma Emmi on the other side.’

‘She said to me, “What are you doing here Paul? You must go back to mummy and daddy. I will wait for you here.” He continued, ‘I knew I was in heaven. But grandma said I had to come back home. She said that I should go back very quickly.’

He added that, ‘Heaven looked nice. But I am glad I am back with mummy and daddy now.’

Paul indeed went back home, to Lychen, north of Berlin, with reportedly ‘no sign of brain damage.’ A remarkable story indeed.

Let me know your thoughts

I would love to hear your comments on this story.

Also if you have had a similar kind of NDE experience, or know someone who has, and think it might be of interest or benefit for others to know about it, you might want to get in touch with your story so it can be placed on this website.

Give us a nudge at the contact page. You’d need to provide some text obviously, and a photo of the person who experienced this would be great.