Colin Fry on the Other Side

Colin Fry on the Other Side

I was saddened to hear that Colin Fry, often claimed to be Britain’s most loved spiritual medium, has passed away – August 25th 2015. 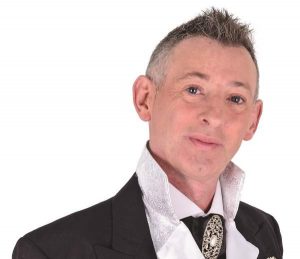 I’ve seen Colin at a number of venues in and around the Evesham/Cheltenham area (UK) over the years, with my partner Annie. And I last saw him at the Arts Centre in Evesham, during 2014.

I’ve been interested in mediumship for some time and wanted to include a transcript of a televised one-to-one interview, that he did, in a book I am at this time completing.1 I was fortunate enough to have a chat with him about it at the Arts Centre. He was happy for me to go ahead with it, and took a copy of the transcript with him.

I have always had huge respect for his work. From my perspective he was definitely amongst the best, and one of the most sincere, spiritual mediums in the UK. He brought comfort to a lot of people wishing to make contact with deceased loved ones – even convincing sceptics among them; as many of his 6th Sense shows will testify. He gave people more than just comfort however: rather he gave them hope and a glimpse into the Other Side. [ Colin Fry on the Other Side ]

If you have never seen Colin Fry in action well there are loads of his videos on YouTube. I decided to include one here and I chose this one (from 2009) because while being insightful it is also very funny too. I think you’ll enjoy it.

Colin Fry was diagnosed with terminal lung cancer in April of this year. Fry’s manager, David Hahn, is reported, in The Telegraph, saying: ‘Since the diagnosis, he’d been very upbeat. Because of what he does he had no fear of death. He often told me he had no fear of dying.‘[ Colin Fry on the Other Side ]

He will be sadly missed on this side, but I’m sure more than well received where he is now.

1 To be called, Life and Death Making Sense of It