Having one near-death experience is testing enough for anyone. So imagine having two!? Business Man has two NDEs is about just that. This extract is taken, with permission, from IANDS website. 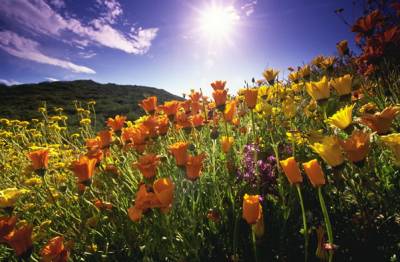 Before any of the following experiences I was, and at times can still be, a hard-driving business man.

I did not have time for “off the wall” thoughts or agendas.  I own a consulting business that requires me to be on my toes constantly.  I never had the mind set nor the compulsion to consider what dying meant.

My first near-death experience occurred at age 45 in 1995.  I suffered a massive heart attack and subsequently had a triple by-pass.  When I came to after the operation, I had a distinct memory of moving to another dimension or place if you will.  For several months I thought this was caused by the drugs, but after analyzing it over and over in my mind I came to believe it was something else.

I drifted or floated to a place of such calm it is impossible to explain.  There was a blue sky as blue as I have ever seen.  Sometimes today I will look at a blue sky and get a feeling of calmness.  I saw tall grass gently blowing in the wind over rolling hills, but there was no feeling of a breeze, nor any sound.  It was so quiet.  I was not walking but seemed to be floating over the fields very slowly.  This place was filled with warmth, calmness and an unexplainable feeling of fulfillment and being one with the universe.

Pictures of my children

As I was drifting over the hills so very slowly and absorbing this feeling of great warmth, I saw “frames” of my children flashing across the horizon.  They where not “still pictures” but pictures of them looking at me, very worried.  They were wanting me to come back to be with them.  They needed me and they did not say anything.  I could hear them without seeing their lips moving.  I knew I had to make a choice right then.  If I didn’t I would not be going back.

To go on, I would be encompassed by this calmness and warmth forever.  It would have been nice to go on.  To go back I would be going to a place of hurt and pain.  It would be filled with pain and responsibility, the hurt of emotions and the stress of life.  I decided to go back because my children needed more help in directing their futures. Their future depended on me being there.  It was just not time yet.  The children are just not ready to go on by themselves. Instantly I was back.  I saw no bright light or angels or the feeling of a religious entity. 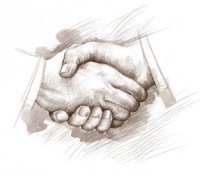 My second near-death experience happened in 1997.  I was involved in a serious car crash with many major injuries.  When I was trapped in the car, I felt no pain even though I had my pelvis broken in three places, a fractured tail bone, a rib that had punctured my lung, and a fractured skull with lacerations to my face; part of my ear was severed.

I had many flashbacks of the accident for months.  Several days later, I had a positive and complete memory of the near-death experience when I became conscious enough to talk and stay awake without passing out.

I started talking about my experience to my son first then to others as I became more comfortable talking about it.  Again, I tried to evaluate whether this was from the drugs or signals from the mind as the body shuts down.  Again, I saw a place of warmth, love and friendship.

It was something like a tunnel but not round; it was a walkway type tunnel like those you see joining buildings or stores together (the type that goes over a street, not narrow but wide).  I walked along it, or it felt like I was walking, but I don’t remember my feet moving.  It was not bright on the right or left side of the walkway, but it was not dark either.  When I reached the end of the tunnel, I could see people appearing from their waists up. It was not scary at all.  Everyone was smiling and happy.  They had a look on their faces that indicated a seriousness and apprehension about looking to see who was this new person coming into their midst.

I saw faces that I recognized.  I saw two grandfathers and my father.  It was very dark behind their bodies and I felt the presence of multitudes of others behind them.

Someone was shaking my hand as to greet me.  I think it was my father.  He died of Alzheimer’s disease and was a mess when he died.  There he was upright and looking healthy and I realized his short height.  All these people were so very happy to see me.

The next recollection I had was in a flash of an instant.  All the options that lay before me (to stay or go back) quickly flashed across my mind.  I feel I was coached into a decision to go back.  Someone showed me all the options and when I made my mind up to go back, this being or something helped me go the way I decided.  It was not a horrifying feeling but just a point where it was time to decide.

My hand slowly and gently slipped away

My hand was still holding (not shaking anymore in greetings) the person who I initially met.  The hand was very warm and soothing.  My hand slowly and gently slipped away as I floated backward to the living world.  The hand was not holding me at all but had a very gentle grip when I released my hold.  Then it was over.  I was back.

Somewhere during this whole experience or whatever it was, I remember a brown door with an old fashioned porcelain door knob on it surrounded by a black background.  I knew that on the other side of the door was a religious phenomenon, very bright light and probably GOD.  This door is always there and available to everyone.  I can go through it any time I wish.  I have a feeling that my hand was on the door knob and could have gone through it any time I wanted.

In retrospect, I am not afraid of dying now…

Copied with permission from www.IANDS.org.  Read the full story on IANDS.

Want to get to know about Near Death Experience?  Explore these books: