Death of a medium and friend

It is with mixed feelings that I write this post. 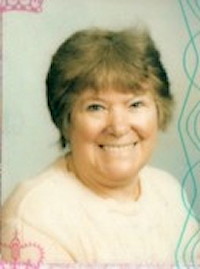 She lived in the Wirral (UK) with her retired hypnotherapist, author and medium husband, Alan.

Unlike the focus of many mediums which is usually to pass on messages from the Other Side, their group of communicators were concerned with spiritual health. Andrea writes, in one of her books, A Series of Past Lives (see her books below), how they talked on spiritual matters, answered questions and offered healing:

The spirit communicating gave a little talk on some interesting subject and then invited questions. There were some lively discussions and then … Patian, or some other Tian healer, would come along and give group healing. These group-healing sessions were very good and people liked them. Although one healer was using Alan’s voice, the others were also present and helping people whose health problems were different.

It was back in the Seventies that I got to know them. I first met Andrea at an astrological conference and we kept in touch. This was before online communications were available, and we exchanged some very long letters, as I recall. I’d also receive the occasional cassette tape of discussions had with their contacts, or entities that came through.[ Andrea Grieveson – on the Other Side ]

Some time later, they invited me to visit them. What they were doing really interested me, and so I was excited to meet up. At that time, they lived in Hull.

I remember the day so well because it also transpired to be the occasion of my father’s funeral. So, that particular weekend was involved with attending the funeral in Leicestershire, and later travelling up to Hull to meet up with them. It all seemed timely.

I learnt a lot about myself, and previous lives, from that visit – and a lot that has only made sense later in my life – like meeting up with my musician partner, Annie Locke.[ Andrea Grieveson – on the Other Side ]

When I began writing my book, Life and Death: Making Sense of It, I decided that I needed an expert on the afterlife, to answer questions that we all might ask, with regards to what it is like on the Other Side. Andrea was an obvious choice and, very obligingly, she offered to do it for me. You can of course read her answers in the book if you have a copy.
____________________
Get hold of Andrea’s books to find out a lot more about her work and experiences. I’ve included a book by Alan here too:

What I’ll remember most about Andrea

Andrea was a straight talking and honest person who, in my experience, always “fired from the hip” in what she had to say. You could say that she didn’t suffer fools gladly. She had that Northern “call a spade a spade” approach to life. And because she always said what was on her mind, we didn’t always see eye to eye.

My last telephone call with her, sometime during last year, was one of those interactions. She liked my first book, but wasn’t very impressed with my second book. I was about to send her a copy of my third book for comment, with some reluctance I must admit. But all that has changed now…

Notwithstanding, she had some very nice things to say about Annie and her music. She said she used Annie’s music while meditating, and considered Annie a powerful healer through music. She told Annie that Rachmaninov was, “helping to inspire you in your work.”

And so why the mixed feelings on this sad time?

Andrea firmly believed in the afterlife, as do I. Death is a big step, a big change, but not the end. One could say, it is a beginning, but not a new beginning as we, well most of us, have gone through it before – or, at least, our souls have. She will be okay once she has found her feet so to speak, back in her more normal form, outside of the physical. It takes a while to recover, and it seems most of us need a rest when we pass over, to make the adjustment.

But, from what she said in response to one of my questions in Life and Death, she’ll soon be busy. I asked her, “What would we do with ourselves all day on the Other Side – if day even exists?” And she wrote:

‘Day’ does not exist, as time does not exist. It seems we do exactly what we want to do. Just imagine going out into a very large garden where you can see lots of jobs you want to do there. Unlike here in the physical world, you won’t feel hungry, or tired, or in need of a loo break. You won’t have to stop until you are ready to do so. You just get on with whatever pleases you. You might like to go to listen to music, and, as soon as you think about it, someone will appear to take you where such things are going on. There you will meet many others with similar tastes, so you will have very pleasant conversations and discussions. Whatever you are drawn to will go on for as long as you wish.

What is sad, though, is the loss of immediate physical contact, and that cuts both ways. It is like the person, who has passed over, has gone to the other side of the world and has few means at their disposal of communicating with you, even though they might be standing right next to you.

That’s where a medium comes in…

Bon voyage Andrea! I can’t wait to see what that garden of yours is going to look like.

Reincarnation and learning This is an article by Andrea.
Colin Fry on the Other Side
Near-death Experience overview
Alien messages to Earth – or are they!?

2 thoughts on “Andrea Grieveson – on the Other Side”