What is Astrology?
A Quick Tour of Western Astrology

Well, what is astrology? When contemplating this question, probably most of us will be thinking of our star sign and/or what we read of, or around astrology in our newspapers and magazines, or on the Web. This is mostly pop astrology – based upon the position the Sun was in when we were born.

What I want to tell you about here is what I call, proper astrology. It is much bigger and a lot more profound.

Astrology is an ancient holistic and symbolical system that seeks to make sense of events – such as the formation of countries, changes in politics, the start of a business and, of course, the birth of people. As you might guess, the latter is the area that most astrologers are interested in.

Astrology achieves this through recording and evaluating the birth moment of such events in time, space and place (drawing on the date, time and place of a birth), thus providing information for unique individual events.

The birth moment is the starting point (or projected starting point if anticipated in the future) for evaluating meaningful potential and possible outcomes.

The template it uses to achieve an understanding of events, that is the birth-chart (or otherwise natal chart, or horoscope), incorporates the 12 zodiac signs, the position of all the planets of our solar system, except the Earth. It is the solar system as seen from the Earth vantage point – so think of the Earth as being in the centre of the scheme.

Stars and asteroids may also be included in the arrangement.

It also includes what are known as the angles, houses and aspects. More on these below.

More than one version… 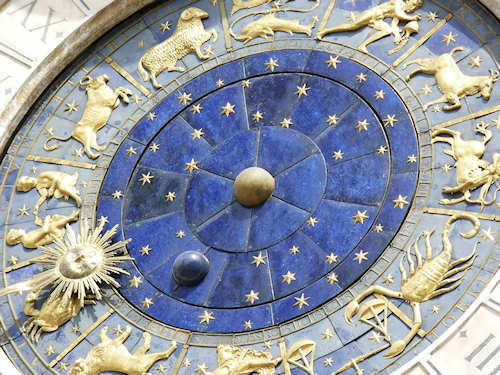 As is well-known, there are 12 signs in the zodiac. They each represent a particular theme and archetypal energy in a cyclic development that matures around the circle.

Originally the stars of the sidereal zodiac belt were markers for the yearly calendar cycle, that then took on a bigger meaning.

Because of the matrix behind their construction, the order of the signs is always the same: Aries to Taurus to Gemini to Cancer to Leo to Virgo to Libra to Scorpio to Sagittarius to Capricorn to Aquarius to Pisces to begin again in Aries, in an anti-clockwise motion. This direction of motion is respected by astrologers whether in the northern or southern hemispheres.

Two zodiacs in common use

What is not so well-known is that there are two zodiacs in use by astrologers.

This involves the twelve constellations of stars around the ecliptic belt. The ecliptic is the path the Earth and planets take around the Sun. This zodiac is mostly used in Vedic astrology.

By the way, although there are now 13 constellations identified along the zodiac belt, with Ophiuchus being the 13th, astrology still runs on twelve. This is because it is based upon the number 12 (and its divisions), not constellations – and certainly not the constellations of a prime number.

This is a purely symbolical zodiac that divides the ecliptic into twelve 30-degree segments. The zodiac begins with Aries at the Vernal (or spring) equinox – around the 21st of March each year.

At one time the two zodiacs were aligned together. But with Precession of the Equinoxes, the tropical zodiac is gradually moving backwards against the star constellations. The Vernal equinox now begins towards the end of Pisces and entering Aquarius. This is where the idea of the Age of Aquarius springs from. 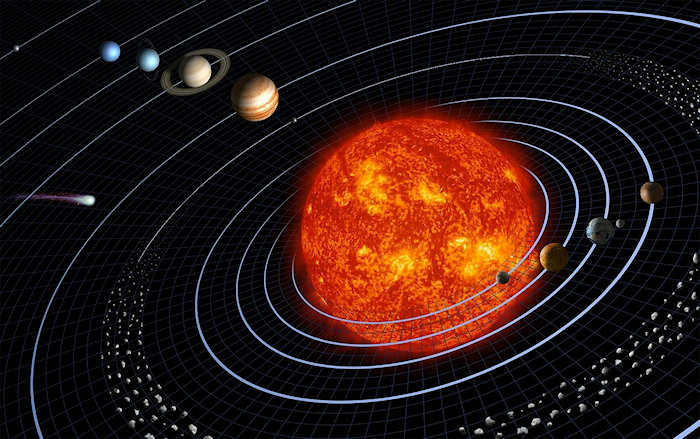 The planets are the main moving markers in astrology.

In Western astrology there are ten major planets. These are the Sun, Moon, Mercury, Venus, Mars, Jupiter, Saturn, Uranus, Neptune and Pluto.

You’ll notice the Sun and Moon are also treated as planets (or moving bodies) in astrology. As is Pluto also treated as a planet – even though relegated to a dwarf planet in astronomy.

Stars, asteroids, nodes and other components may also be brought into the equation by the astrologer’s preference.

They all have different meaning and that meaning is altered by where they occur in the birth-chart (the astrological template) at the chosen moment in time.

The Angles and Houses 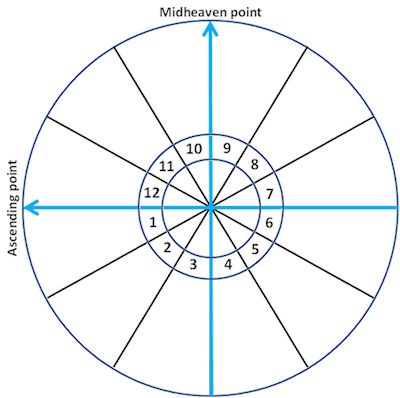 The Angles are the rising sign (or Ascendant) and the sign on the Midheaven at the top of the birth-chart. This is based upon the moment of birth.

Their opposite numbers – the Descendant (opposite to Ascendant) and Imum Coeli (opposite to the Midheaven) are equally important but tend to be given less emphasis in interpretation.

The aspects are the angular relationship (essentially) between planets; and the meaning that can be derived from them.

The most common major aspects evaluated are: the Conjunction 0 degrees, Sextile 60 degrees, Square 90 degrees, Trine 120 degrees and the Opposition 180 degrees. Take a look at the chart above – the aspects are in the central circle.

So that’s a quick tour around Western astrology.

If you are looking for more on astrology, you’ll find answers to questions on Western astrology under the Q & A Blog above. For example; read my answer to the question: What is the element of truth in astrology, if any?

Also take a look at the courses being offered on this website to find out/learn more on how astrology may apply to you.