Pluto and Uranus Separating – beware the Ides of March 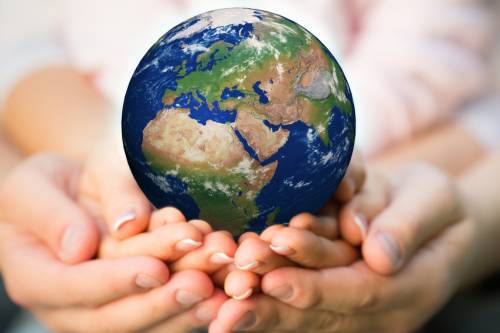 Pluto and Uranus Separating : On the 17 March 2015 transiting Uranus (in chart, symbol on left – going through Aries) will be exact square (90 degrees apart) transiting Pluto (symbol top, travelling through Capricorn) for the last time in this round – involving seven passes since June 2012.1 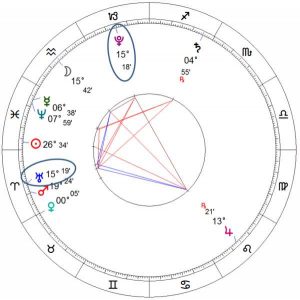 Do I need to say it is a potentially dangerous time given what has gone before and how we have been handling this trend since 2012?

It is a particularly dangerous time around the 11th March when transiting Mars also crosses Uranus.

We are in rough seas and have needed to keep a steady and calm approach to matters throughout the last three and half years. It seems some of us though just haven’t been mature enough to find peaceful solutions to whatever is troubling us.

We don’t like change that’s a given. Pity we also pay scant attention to astrology as forwarned would have helped us be forearmed, possibly for all the right reasons. [ Pluto and Uranus Separating ]

From mid-March these planets will begin to move slowly apart – but bear in mind only 2 degrees will separate them by the end of the year, that’s how slow they are moving. Arguably the worst of the tensions will be over this year – but I somehow doubt it. [ Pluto and Uranus Separating ]

Uranus will remain in Aries for another 4 years, and be continuing to spark new starts, new beginnings and no doubt some more shocks. It then leaves Aries and goes into the sign of the builder, Taurus, in March 2019 – and it is looking like ‘rebuilding’ is already on the cards for a lot of us.

Meanwhile Pluto will continue through Capricorn, eventually leaving in November of 2024 – a whole lot more of the hidden ‘black stuff’ or magma will no doubt be out in the open by then.

Let’s remind ourselves of what these outriders, these cosmic cleaners symbolise.

Pluto represents eradication, the truth revealed, exposure into the light. In Capricorn it shines a torch on control of the masses, authority, the powerful, the status quo, with rights and wrongs being exposed at any cost. [ Pluto and Uranus Separating ]

Uranus breaks down the hard shells of what is in place. It breaks tradition and convention, is explosive, is revolutionary, inventive, emancipating, can involve new technology, it is sparky, is lightening, is electrical. In Aries it is initiation, action with force, it is impulsive, headstrong, it is act-first and then ask questions – and then it muses on second thoughts why bother with the questions.

I wrote about these transiting planets and their dangers in 2012 – and in a number of articles since – see links below. In April 2012 I commented:

If I’ve learnt anything since, it is how fragile we all are. It is how little we, some of us at least, have moved forward from mediaeval times. Even bigger it is shocking how little attention we pay to the obvious trends, the obvious and meaningful symbolism, operating in our lives.

Synchronicity has been kicking off all over the place – this global unrest – and it seems to me the obvious is continually missed. [ Pluto and Uranus Separating ]

Look at how many stories have involved the movement of people forced out of their homes – to become refugees. These are also people who haven’t changed their ways in probably a thousand years and are now suddenly uprooted.

Look at the many stories involving child abuse – all the nasty stuff kept underwraps and now pouring out of the woodwork.

You must get it surely!? One huge issue over much of the world that I’m noticing is the treatment of women. It beggars belief if we can’t see this imbalance, this subjugation of the feminine continues. It is as old as the hills, is total madness and cannot continue if we are all to become a healthier global society.

These planets symbolise a churning up of what needs to be exposed and changed – and dramatically so – and then (hopefully) healing can take place. [ Pluto and Uranus Separating ]

Underlying all the external mayhem and unrest there is, I believe, a spiritual message in the symbolism of these planets. It is that we are malnourished – on the wrong kind of spiritual diet or no spiritual diet at all.

We need to find a new way forward that clears away divisive religious beliefs and recognise we are brothers and sisters on our amazing, but finite, planet.

Bring back the ‘hippies’

Bring back the ‘hippies’ I say – and let’s get back to spreading a little love around. I’d go further to suggest we are souls on a spiritual journey here.

We need to learn, and right sharp too, that what we sow here-and-now, for good or ill, so shall we reap on our return. No one escapes natural justice. It’s a sad fact that some of us will spend many lives sorting out the misery we have been so busy creating in these disturbing times – but that’s life and spiritual ignorance to boot.

Keep safe and keep smiling… and for god’s sake wake up – and if you’re awake, then wake someone else up! [ Pluto and Uranus Separating ]

1 The number of passes are caused by planets appearing to go forward and retrograde with each other, as viewed from the Earth. From the Sun’s vantage point, all planets move in forward motion.
_______________
The writer has been involved with the study and application of astrology for well over thirty years.