An astrological view of the UK under threat 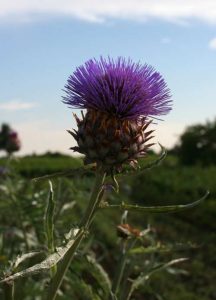 Scotland the Brave! The poll, a week today (Thursday 18th September), will decide whether Scotland stays in the UK or not. The ‘Yes’ vote for independence has appeared to have gained momentum over the ‘No’ – ‘better together’ campaign – but the stakes are high and with such stakes it is early days with possibly a greater undecided majority still to make up their minds.

This is not like voting in a new government for four years, this is serious!

A bit of history

The United Kingdom came into being on the 1st May 1707. The Kingdom of England (including Wales) formed a political union with the Kingdom of Scotland. Later still the Kingdom of Ireland was brought into the equation when it became part of the UK on January 1st 1801.

This arrangement has not been a bed of roses throughout its history but the relationship, for the most part, has weathered the storms and no doubt historians would say the relationship has been pretty successful – all things considered. In terms of departure though, Ireland became a Free State and was the first to leave this relationship in 1922. A day later and Northern Ireland left the Free State of Ireland to become part of the UK again. [ UK under threat ] 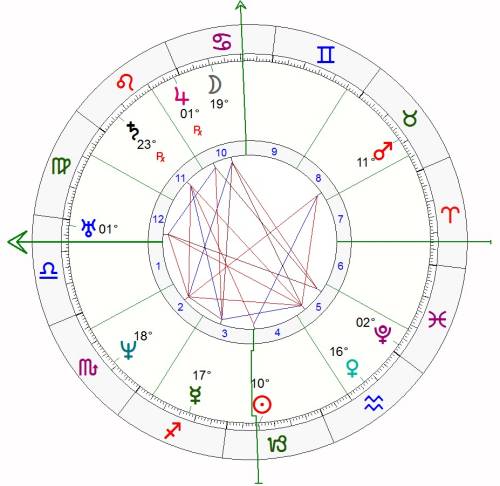 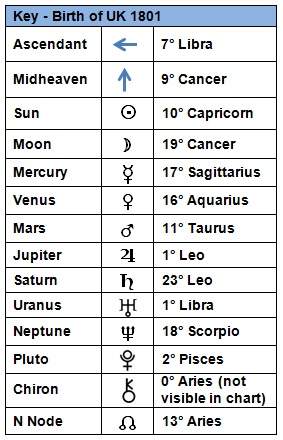 In looking for a birthchart for the UK I follow the advice of the astrologer, Charles Carter1, who considered the 1801 birthchart more useful than the 1707 chart. This does make sense from the point of view that the 1801 chart represents the moment when these islands were as one nation – a political nation at least, if not quite the culture and roots of one people. [ UK under threat ]

This 1801 birthchart has Sun in Capricorn 4th House, Moon in Cancer 10th House, with Libra rising and Cancer on the Midheaven. Three cardinal signs are thus involved in the arrangement.

It reflects a really strong maternal theme with the serious and formal Capricorn Sun in dialogue with Cancer Moon at the top of the chart – conjuring a strong nation and national identity that is also serious, carries a sense of irony, and understated. House-wise, you might say the Moon has switched its more natural position – that is for the worldly 10th House instead of the homely 4th – and the Sun has taken over the 4th House instead. This symbolises to me a drive towards liberation of the sexes as much as anything – equality of gender – which is further supported by Libra rising – and the UK’s association with the feminine Britannia homeland and Regina – our Queen. Here also the Sun and Moon dialogue reflects the development of a class system, as well as the home ‘being one’s castle’, ‘where the heart is’ and the ‘stiff upper lip’ (note Venus opposed to Saturn) mentality so stereotypically linked to being British. [ UK under threat ]

In this same arrangement one can also see the focus on institutions with charity status, and the development of the NHS (Neptune in the 2nd House, Chiron in 6th House opposition Uranus in 12th House adds to that). All of these themes associated with the British, the islands, the empire it once had, and conversion into the Commonwealth. It does have a regal air about it that hinges on the cardinal signs. It also suggests a focus on, and ability to excel in, innovations (Jupiter 10th House sextile Uranus 12th House) coupling with communications (Libra rising with Mercury in 3rd House, Sagittarius).

The real karmic thrust of this chart however is hinted in the Moon’s north node in Aries and 7th house – see chart image below, at 14 degrees in Aries. The UK is required to be (and maintain being) a world leader (difficult to achieve if weakened by Scotland leaving) and to be there via ‘fair play’ (also shown in Libra rising), negotiation, diplomacy and winning over hearts and minds rather than through force – force being only a last resort. The justice system (Libra rising, Capricorn Sun, Mars 8th House) is also considered of the best in the world. 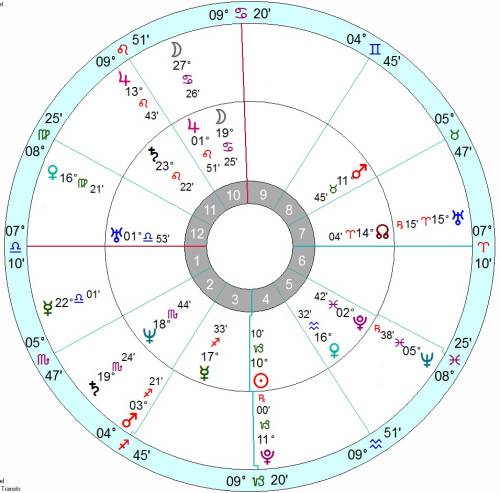 If you are keeping abreast of news for the UK generally, you won’t need an astrologer to point out issues that are currently going on, but this chart does however provide much useful insight into the themes operating behind events. [ UK under threat ]

At this time Uranus, by transit, is going across the 7th house of relationships (in the 1801 chart), making a conjunction with the Moon’s north node, and making a square to transiting Pluto, which is meanwhile passing through the 4th house. These slow moving planets have been heralding change and upset for some time (and I have written about them elsewhere – see links below), they represent a churning up of old boundaries for new boundaries, breaking roots, breaking structures, bringing the bad stuff out to the surface to be cleansed or cleared away. They symbolise altering national identities, altering national boundaries and relationships, and the effects can be seen across the globe let alone the UK.

For the UK this is all very unsettling and symbolising the country is still undergoing a recession – not yet in full recovery – also being subjected to changing weather patterns in the last few years. It is a time of much outpouring of matters that have been previously swept under the carpet, skeletons in the cupboard, nasty shadowy stuff (particularly to do with abuse of children and the misuse of power) that is in need of addressing, and the wounds healed. There are also big concerns regards our relationships with each other and other parts of the world, whether we stay in Europe or not2, and, of course, a lot closer to home, with Scotland’s independence – which is now upon us.

Too close to call

Astrologically, looking at the trends for the 18th September, the outcome of this vote is as hard to predict as by any other means of prediction – the polls have it neck and neck. I note the Moon has, by 10pm (when polls close) gone past its 1801 natal position – but interesting how close it is and how it also features in a similar position in the 1922 transits chart – below. Venus which is the planet most associated with relationships, is in Virgo and 12th House and looking less secure, vulnerable, uncertain. But look at transiting Pluto down at the bottom, and by regression moving back towards conjunction with the natal Sun of the 1801 chart. Pluto is of course still in square (90 degrees) to transiting Uranus as can be spotted in the chart. These guys tend to mark change and separation in capital letters.

I predict the ‘No’ vote will just have it. But in that I am hoping for an outcome that will bring us more closely together – not the opposite that will weaken us. I do believe we all need to stick together but also share/devolve power – to be more as a conglomerate of nations with similar intentions. I’m Irish and crackers enough to think that I’d want Ireland involved in that arrangement too! The world is a pretty insecure place at this time and where possible friends need to stick together. 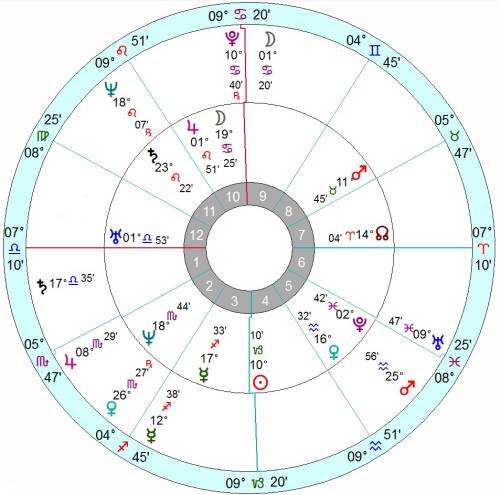 But speaking of Ireland, and Uranus and Pluto, just look at where transiting Pluto and Uranus were in the UK birthchart back on the 6th December 1922 (chart above) – when Ireland became a Free State and did separate from the UK. At that time Pluto was in the opposite positon, in the 10th House and opposing the natal Sun of the chart. Pluto was also then in another powerful aspect (120 degrees) to transiting Uranus. A less tense and positive change was on the cards back then. The Irish, probably to a man and woman (in the south at least), wanted home rule (the opposite in the north) and it had been promised and on the cards for some years. But looking at this 1922 chart is why I am to a large degree ambivalent about this matter – Pluto and Uranus were leading the dance back then as they are now – and the stakes are arguably even higher this time – Ireland was/is after all a separate island and that does make a difference.

Well we’ll soon see what happens next! If you have a view on these trends please leave a comment!

1 Carter, C E O (1969) An Introduction to Political Astrology. L N Fowler & Co Ltd
2 As an island we are used to having our independence – we’re friendly but don’t expect us to just ‘follow’ someone else’s lead.