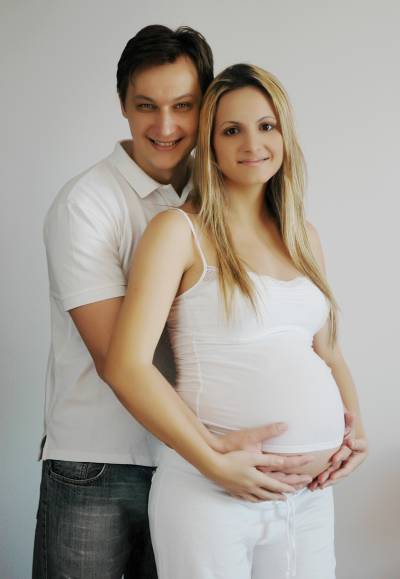 Can astrology help bring you a baby? I was asked this question by a literary agent in 2006 when I had finished my research into astrology and fertility and, based on that research, the answer to this question is a very clear “Yes.”

Let me tell you more…

Astrology and fertility – the reason for making this link

I have been a consultant astrologer for over thirty years and in health psychology for the past fifteen years.

I have clients who have been with me for more than twenty years and who keep returning for life management advice. Some of those clients came to me years ago asking if they would marry and have children and when this would be and I used traditional astrology to locate the years when I thought there was a strong likelihood of these events happening in their lives. [ Can astrology help bring you a baby ]

Astrology did not let me down as I had considerable success with these forecasts for natural conception and so, in the autumn of 1999, when the University of Southampton offered me the opportunity to do a research project for a doctorate, I chose to look at astrology and fertility – looking at fertility treatment outcome, in particular, as the rate of success was poor – 1 in 4 in the UK – and the process stressful and invasive as well as being expensive.

If a new method could be found to reduce the number of treatments needed to succeed this would be invaluable in every way to women who sought to have children through assisted reproductive technology (ART). [ Can astrology help bring you a baby ]

This research project formed the core of my doctoral studies. My thesis title was “Applications of astrology to health psychology: astrological and psychological factors and fertility treatment outcome“, which I did at the University from 2000 to 2006 – being awarded my doctorate in the autumn of that year.

How my research was carried out

From 2000 to 2002, I collected data from women volunteers in the USA, Australia and the UK who had undergone fertility treatment and were willing to let me explore their outcomes looking at their birth charts and the dates at which they underwent embryo implants – IVF (in vitro fertilisation), ICSI (intra-cytoplasmic sperm injection), intra-uterine insemination (IUI), donor insemination (DI) and other forms of treatment, i.e., GIFT (gamete intra-fallopian transfer) and ZIFT (zygote intra-fallopian transfer). [ Can astrology help bring you a baby ]

I used a very sophisticated statistical model – logistic regression, where different variables can be considered together to see if any of them may account for the apparent significance of another.

Through the use of this model, I was able to consider many different variables like age, belief in astrology, location of clinic, experience of depression, levels of anxiety and reproductive health problems together with astrology and also to see if any of them had an impact on any significant finding regarding astrology and treatment outcome.

From my first, exploratory, study (looking at 114 treatments) I found that astrology, clinic location and fertility history (reproductive health problems) all had significant associations with success and failure of outcome. I then did another study. [ Can astrology help bring you a baby ]

Between 2003 and 2005 I gathered new data from women patients attending two NHS clinics and one private clinic for a new study on which I could test my findings from the early exploratory study. I examined 55 treatments in this second, replication, study. I ran the model I had developed in the first study and found that only astrology was significant (94% likelihood of the result not being a chance finding).

I developed the astrological model by referring to authors such as Ptolemy and William Lilly who had written on particular associations of astrology with times in a woman’s life when she was likely to have children. Ptolemy, C.E. 100-170, (1980) associated Saturn with barrenness and Venus with fruitfulness.

Lilly (1985), writing in 1647, gave detailed advice on a variety of astrological factors to consider when assessing whether or not a person would have, or indeed be capable of having, children.

The modern author, Wanda Sellars (2001) summed up some aspects of astrology used in relation to fertility and reproductive health in an article on traditional indications of fertility. The signs of Taurus, Cancer, Virgo, Scorpio, Capricorn and Pisces were judged fruitful or fertile signs, while Aries, Gemini, Leo, Libra, Sagittarius and Aquarius were judged barren or infertile signs, with Cancer, Scorpio and especially Pisces being the most fertile.

She further reported that large families are likely when the Moon, Venus or Jupiter is placed natally in the 5th house (the part of the birth chart governing pregnancy and children), and that these planets are generally associated with fertility while the Sun, Mars, Saturn and Uranus are associated with infertility.

Using these authors and other sources for information on ancient astro-fertility associations I divided the 114 treatments in my exploratory group into two treatment outcome groups: successes (resulting in birth of a live baby) and fails (no live baby birth achieved).

I checked the astrology in each group using the women’s birth charts and time of embryo implant for absence and presence of secondary progressions and transits that are believed, traditionally, to be present when children are born. [ Can astrology help bring you a baby ]

By carefully assessing these differences in each group I built up a picture of a collection of astrological contacts that were significantly more likely to be present at embryo implant for a successful outcome compared with embryo implants that resulted in failure.

I selected the number of contacts that produced the biggest difference between the groups (about 99% of the result not being a chance one) in order to test these contacts on a second fresh sample to see if the result could be replicated under very similar conditions. In this respect I followed the views of Kelly et al. (1998) and Roberts (1997) that research should focus on very strong effects when seeking to replicate applications of astrological associations in practical everyday life.

To give you an indication of the contacts, some of the rules are as follows. The entire study is reported in full detail in my thesis (Harris2005), which can be accessed through the British Library.

My research did not directly confirm ancient writings on the fertility indicators in astrology but it did clearly support the association of the planets Venus and Jupiter with fertility and an increased likelihood of having children.

In the replication study only astrology remained significant with a 94% likelihood of the result not being by chance.

More discovered since the completion of the research project

Since that time, I have continued to research and develop my findings, and understand better the nature and type of contacts to a woman’s astrological birth chart involving Venus and Jupiter, the traditional baby bringers of the zodiac.

I have been undertaking work on male infertility and the results have helped to provide more valuable information on the relationship between astrology and fertility.

So can astrology help women achieve successful conception and pregnancy? And can it help those seeking natural conception?

My original research increased the likelihood of a successful outcome when fertility treatment was timed to coincide with my researched astro-fertility windows by 10% and 14%, when birth time of the woman was known to within half an hour, or exactly, respectively. My continuing research on new data has enabled me to increase that percentage to 21% and 23%, respectively.

My astro-fertility model also works very well for women who wish to try to conceive, naturally and, as my initial research was based upon evidence of astrology and natural conception in my practice as a consultant astrologer this is what you would expect to find. [ Can astrology help bring you a baby ]

How astrology helps women conceive and have children

Over the years, various journalists have asked me what could be the explanation for this apparently real link between astrology and success with fertility treatment outcome.

From my point of view as both a researcher and practitioner in astrology and health psychology, I have read many research papers in the last ten years on the links between depression and anxiety and failed treatment outcome and it seems reasonable to suppose that the psychological associations of Venus and Jupiter with happiness and optimism may describe times when women who are seeking to conceive and have babies are likely to be more relaxed and generally in a happier and more positive frame of mind and this may partly explain the connection.

And to the future…

I am currently working on additional data, and with alternative health care professionals with the objective of further improving the effectiveness of the model.

The data that I have collected in my practice from 2006 to 2012 supports my original research findings and may have increased the percentage from up to 23% to 26% +.

I continue to work on and refine my model and, also, to develop the research that was part of my doctoral thesis which was carried out into the value of astrology as a diagnostic tool for reproductive health in women in order to gain a clearer understanding of the apparent relationship between presence of astrological factors in a woman’s astrological birth chart and proneness to different types of reproductive health issues. [ Can astrology help bring you a baby ]

[Ed note: This article was first published on Skyscript in December 2010. It was then updated December 2012 and placed on Life and Death sister website, Some Inspiration. The article appears here for reasons that for many people astrology is limited to what they read in newspapers and magazines. Behind the scenes though there are astrologers making serious studies with this art, and this particular item may interest you – especially if you are contemplating childbirth. It may even surprise and encourage you to want to explore astrology further – if you do, check out the links in this article.]

Learn more about Pat Harris’ work by visiting her website. If you want to find out more about research involving astrology visit the Research Grants for the Critical Study of Astrology (RGCSA) website.