Not another four years of this!? Well what do you think!?

Update 25/03/2017: The trends, particularly the Pluto and Uranus trend I discuss below, continue unabated. At this time these planets are only 4 degrees orb outside of 90 degrees apart. Particularly note my comments of Cyberwarfare/crime and consider how this has come to the surface more recently.

See a second related article – see All along the Watchtower! 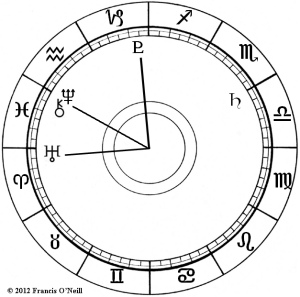 My guess is not many of us think astrology has anything to offer of substance to our lives, apart from entertainment on the coffee-break page of a newspaper or magazine. [ Astrology and global unrest ]

But then not that many of us know much about astrology – although, certainly from what I’ve experienced, quite a few of us think we do and it’s not all good press either.

All this is more to the pity when it comes to getting valuable insight into circumstances – and particular here, our growing global situation that many of us face right now. 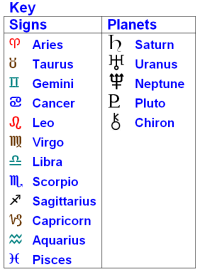 I’m not here to put a case for astrology by the way, well not so much as letting you in on a few astrological trends that you really would be wise to consider as offering a bit of insight into our troubles. Even so, there is no escaping the plain fact that we would benefit by taking astrology and what it offers much more seriously, but hey ho! Astrology and global unrest

That said, the following article is an overview of the outer planets and how they are currently operating. What I’m talking about here are the slow moving planets of: [ Astrology and global unrest ]

Getting a handle on our global unrest

The truth will out as we say, and has, as we know, been doing so for some time. From late 1995 to the end 2007, Pluto was in Sagittarius testing and drawing out issues around our philosophical, speculative, religious and legal perspectives.

By 2006 it was heading towards the back end of Sagittarius. At times it was only 4 degrees from Capricorn and already starting to raise the symbolism of that sign. It is generally understood to be influencing the next sign from as much as 6 degrees away.

It was back in January 2008 that Pluto entered the sign of Capricorn and really began churning the dark stuff up and bringing it to the surface – with all the ramifications of wot’s bin hid and wot’s bin did coming out of the woodwork on our socio-economic and establishment structures – that volcano has yet to stop. [ Astrology and global unrest ]

WikiLeaks and the Web

To get a sense of this theme consider WikiLeaks. Here is a prime example of this undercurrent, plutonian in nature, being helped out into the open.

Indeed we need to remember that the Web gives a channel and expression to this outpouring, and acts as a catalyst for raising our awareness of the issues affecting our lives today in a way that was not available a relatively short while back – the early 1990s saw the beginning of the Web and at that time both Uranus and Neptune were trundling through Capricorn, and symbolising the beginnings of a new global order, or new kind of establishment.

It’s still early days and messy but this order is already shaping – and online. We have to thank Sir Tim Berners-Lee for being the ‘instigator,’ at a time when there truly was ‘something in the air’.

Pluto in Capricorn until early 2024

By the way Pluto does not move out of Capricorn into Aquarius until early 2024 – so there’s potential for a lot more whistle blowing, a lot more hidden and possibly toxic and nasty stuff to be brought into the light of day before it, and we, can move on.

But not to put too much of a negative spin on this, it is also potentially rewarding at this time, if risky, for businesses involved in underground, or undercover, work – such as mining for fossil fuels, gas, mineral deposits, or espionage, or detection work, but also in say psychology and matters of health – getting a better handle on cancer for example. It’s a good time to be digging deep and bringing stuff out to the surface – clearing out the deadwood.

Uranus/Pluto tensions – operating for the next four years

We have to consider the connections between Pluto and Uranus more thoroughly as these are very strong in their action, which started in 1930 and … brought a continuous shaking and trembling of the earth and its inhabitants.

Our global network (the Web) could prove to be our saving grace for the period we are now in. In context with comments above, Uranus and our friend Pluto have now moved into a tougher more challenging square aspect to each other. At points in June and September this year, then points in 2013 through to 2015, they will be exactly 90 degrees apart – so in effect colouring the next four years and most probably longer. [ Astrology and global unrest ]

At best we are dealing with birth pangs. The tensions are with us now. They could be great at times and I suspect we will all need to keep our wits about us to traverse this time. It will be like walking on rice paper at times.

My point here is that we all have opportunity to talk to each other more easily these days, on a global level, and thereby to resolve our issues and differences – and this needs to increase as not every culture yet subscribes to this necessity. [ Astrology and global unrest ]

Pluto and Uranus and the Great Depression

The last time these planets were sparking off like this was back in the 1930s. At that time Pluto was in Cancer and Uranus again in Aries. We are talking the Great Depression and giving rise to the new technologies later used in the 2nd World War. Think on the words of Fritz Brunhubner above!

How this arrangement will effect us as individuals will to a great extent depend on the astrological houses they appear in, and other planets they aspect, in our birthcharts. One thing is for certain the theme of ‘change’ and sudden change, or surprise, for that matter, will be evident – don’t expect everything to return to normal, as we have known it, after this storm has passed.

For those of us who do survive in one piece, there is every opportunity to feel spiritually refreshed and ready for something new – the next adventure. [ Astrology and global unrest ]

With Neptune now (from February this year) making its presence felt in Pisces for the next thirteen years, there is also enormous hope being invested in our finding ways to resolve our differences, and working better together, on a global scale – Chiron also plays a part in this hope.

I’m sure a lot of people will agree with me that the solution to most of our worldly problems is simple. It lies in how much we give and take, how we respect each other, how much we value all life and work together on this amazing planet of ours.

And not wishing to labour a point, the real beauty about the Internet, and the Web in particular, is that it is emancipating. It is giving all of us, not just the few, opportunity to express ourselves, our hopes, our dreams, and to eventually get onto a more democratic level playing field. What a time to be around…!

But think on this dark thought too, which is very Plutonian and Uranian in nature: Having said how the Web and Internet could be our saving grace, we can’t ignore that if this time is mishandled it is not inconceivable that if a major war got underway it could be based more on cyberwarfare than conventional warfare. [ Astrology and global unrest ]

This is a scenario where possibly fewer people die (by conventional means at least) but where countries (and organisations inside that country) are effectively taken-out by being made technically disabled and brought to a standstill. If you think this is fantasy you would be encouraged to find out more about cyberwarfare, and botnets.

The writer has been involved with the study and application of astrology for 35 years. He has diplomas in the subject from the Faculty of Astrological Studies (UK) and the Mayo School of Astrology (UK).

All along the Watchtower
Can astrology help bring you a baby?
The Man who moved the World
A Tour of the Moon